It’s been a while since I put together a rant for our own website. But I felt compelled to share some of my thinking.

Some new design work, showcased in an article in Design Week, recently caught my eye. That’s not to say I liked it. It simply caught my eye. Strong, dynamic and forthright graphic-based posters and flyers in support of a Half Marathon in the UK. 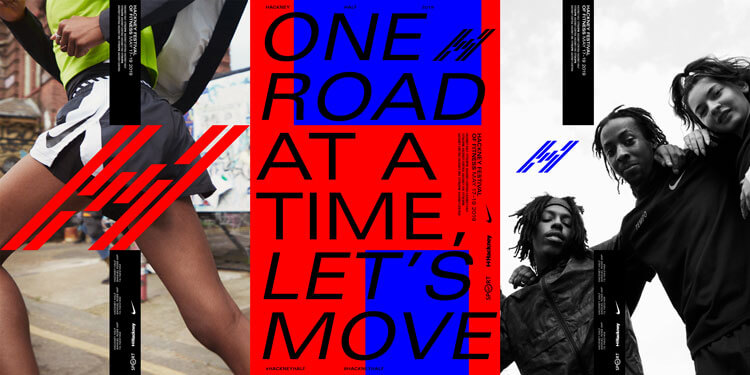 But here’s the thing. I couldn’t help disliking the overall feel of the designs because the eye didn’t know where to look and there was too much stuff jockeying for attention. The typography was harsh, bold, angular and not entirely welcoming in spirit, there were elements of type run at 90° up (or was it down?) the page. Huge blocky headings were harder to read than they should have been. It short, it was a triumph of up-yer-own-arse design over clarity of messaging.

The Design Week article said that the design work’s intention was to make running more ‘inclusive’, and it struck me that, quite the opposite, it would alienate anyone who values simple, clear communications. It certainly turned me off.

This is not a new phenomenon. The design world is riddled with fantastically creative individuals who provide their services to unsuspecting, gullible clients who mistakenly think they are doing the right thing by employing someone “so imaginative”, “so creative” and with “so much flair for design”. But this kind of uncontrolled and ill-considered creativity generally comes at a cost. In the case of the Half Marathon in question, the cost was certainly clarity of messaging, and ironically, inclusiveness.

I know what you’re thinking. Maybe I’m just out of touch and old, and don’t like such youthful design styles? Perhaps the striking and uncomfortably bold graphic style of the work was intended to make running more inclusive for 20-year-olds, not someone in their 50s? But you’d be wrong. Far from being the ‘angry old man’, I love strong, youthful design. But it has to work, doesn’t it? The messaging has to be accessible, clear and simple. There is no point in creating marketing communication at all if it requires hard work, patience and endeavour on the part of a reader.

I should also point out that I’ve held these views for my entire professional life. My first design business joined the Design Council back in the late 80s, in order to keep abreast of what the industry’s great and good were up to, and to receive the occasional printed newsletter from them (before the advent of email newsletters, of course). I recall once receiving a newsletter in the post which consisted of an A1 or A2 sheet, printed on both sides and folded perhaps 3 or 4 times to create an A5 piece. Jolly ‘creative’ and ‘designed’, as one might expect. It was, however, one of the most confusing and hard-to-decipher newsletters I have ever encountered, before or since, with what appeared to be a typographer’s wet dream spread all over it. Fonts were varied and many. Type was large in places, small in others – for no obvious reason. There was no start and no end, with no clues as to where the eye was supposed to look next. Or first. Some elements were at 90° to the rest. It was such a shining example of up-yer-own-arse design that I cancelled the firm’s membership of the Design Council as a result. After all, if they believed design was simply about being as creative as hell, then they clearly had no idea what they were doing!

Since those early days, I have spent 30 years or more advocating simplicity and clarity in design, and advising some very large clients that the message is king. Design is not about creativity per se, it is about the appropriate use of creativity. The three ‘M’s are vital and should guide every designer’s thinking. The right Message needs to be conveyed to the right Market in the right Manner. Always. No exceptions.

My advice to anyone involved in this glorious business of ours is therefore simple: If you are in a position where communicating a message is important, by all means do something to make your communications stand out. But for pity’s sake, don’t over cook it. And never lose sight of the chief objective – to get your message across quickly and effectively. There’s simply no excuse for up-yer-own-arse design in this world.